Israel’s natural-gas discoveries in 2010 created many economic and foreign policy opportunities for the State, but also set in motion a series of escalating clashes between the countries of the region. In this talk we will discuss the politics over gas production and gas exports in the East Mediterranean Sea, and examine what options Israel has in the near future.

Once an afterthought in Israeli strategic thinking, the Mediterranean Sea has emerged in the last decade as a major focus of interest for Israel. This, following the discovery of gas in the Israeli exclusive economic zone in the Mediterranean, as well as the expansion of the Navy in response to an expected threat from an Iran armed with a nuclear military capability.

Israel is holding a third election in one year. On election night, we will analyze the run-up to the election, the campaign, and the early results. 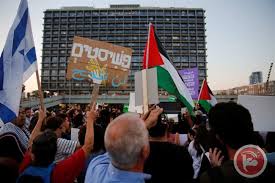